Diane Citrino recently attended the American Bar Association’s Midyear Meeting in Austin, Texas as a Delegate to the ABA’s House of Delegates, the policy-making body of the bar association.  Shown below with her colleague, Janet Marbley, who serves as the Administrator of the Client Security Fund of the Supreme Court of Ohio, Diane and many of the attendees wore white to honor the 100th anniversary of the passage of the 19th Amendment which gave women the right to vote. 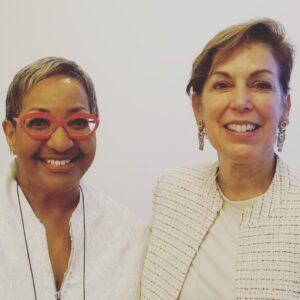